Get Relief Now and Breathe Easier 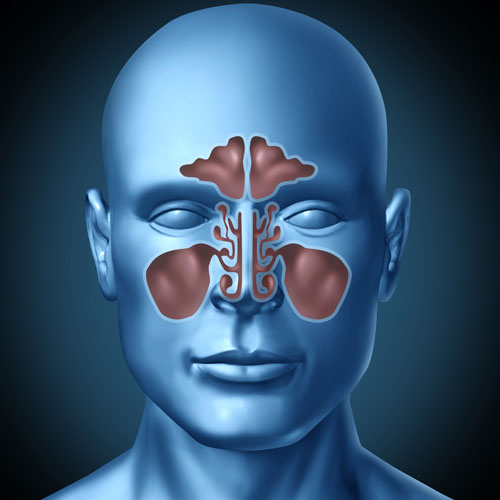 In chronic rhinosinusitis (CRS), and many chronic airway conditions, the underlying goal is to restore mucosal function with treatments focused on reducing inflammation, removing bacterial infection (or biofilm) and, critically, replacing lost mucociliary function.1 Nasal irrigations have come to play a large role in the management of chronic rhinosinusitis and to a lesser degree in allergic rhinitis (AR). While saline nasal treatments are offered in different forms, such as sprays and nebulizers, it is high-volume nasal irrigation that has found an integral part in current treatment guidelines for CRS.

Nasal irrigations may appear novel, but this practice of sinus care has its origins within the Hatha Yoga Pradipika from the 15th century. Jala neti is the practice of water (Jala) irrigation and thus the origins of the neti pot. There are several Shuddikriyas, or body cleansing practices, within yogic traditions and neti refers to nasal cleansing. Other cleansing techniques include the use of string (Sutra), ghee (Ghrita), and even one’s own urine (Swamootra). However it is Jala neti, or saline irrigation, that has demonstrated effectiveness (thankfully).

Western medicine has not been ignorant of its benefits; the first description of nasal irrigation appeared in the British Medical Journal in 1895. In 2007, a Cochrane review on nasal saline therapy demonstrated a large shift in symptom improvement on meta-analysis of randomized controlled trials, with a 1.41 standardized mean difference (SMD) in favor of saline therapy.2 This represents an improvement of 1.41 standard deviations on the symptom scale compared to placebo and compares favorably to the treatment effect observed in other sinonasal interventions with intranasal corticosteroids for CRS (SMD 0.49) and immunotherapy for AR (SMD 0.71). This large symptom effect underscores its growing popularity. While many alternative therapies lie on a spectrum from plausible to preposterous, nasal irrigation rests on the former end of thespectrum, not only for its effectiveness, but also for the substantive research underlying its effect.

Nasal irrigation is primarily a mechanical intervention. It does not directly enhance mucosal immunity (and may temporarily remove innate factors), nor is it a decongestive. Very hypertonic saline only acts as a provocation to the airway and is used by respiratory physicians for that purpose. Additionally, it does not directly enhance ciliary function. For many hypersecretory conditions, such as CRS, it may help to temporarily improve mucus rheology but it is the mechanical removal of inflammatory mucin that improves mucociliary function.

In CRS, mucostasis is a major component of the pathophysiology. Although mucociliary dysfunction may be a primary factor in conditions such as cystic fibrosis, it is usually a secondary event caused by inflammation, appearing in chronic airway conditions such as eosinophilic CRS or bronchiectasis. Loss of ciliated mucosa and squamous metaplasia are part of the chronic remodeling changes seen in CRS.3 As in the lower airway, some of these changes may not be immediately reversible, and the role of nasal saline irrigation is to overcome the acquired mucostasis. The ability to temporarily (or permanently) substitute for impaired mucociliary clearance is essential to successful sinus management.

The role of the surgeon is critical for effective nasal saline irrigation therapy. Endoscopic sinus surgery (ESS) improves the access of topical therapies for both the mechanical lavage of mucinous products and drug delivery.4 Delivery of nasal saline and additional topical therapies is best achieved with large volume devices.5 Low-volume devices do not reliably penetrate the sinuses, and although nasal cavity delivery occurs, this is not true sinus therapy. High-volume devices (>60 mL, but generally >100 mL) have been found to improve delivery into the sinuses.5,6 The definition of ‘‘high-volume’’ is arbitrary, but clinical evidence suggests it is important for mechanical lavage and drug delivery.7 Unfortunately, high-volume devices can produce Eustachian tube symptoms and local irritation in 10—20% of users. However, these are often mild and compliance is high.2

Low-volume devices such as drops, sprays, and nebulizers are nasal cavity therapies, and are used in the management of AR, but have a limited a role in managing CRS, as they have limited reach within the sinuses and provide no mechanism for correcting mucostasis via lavage.

Nasal saline solutions are helpful in reducing mucosal inflammation, removing bacterial products, and improving sinonasal function in CRS. Nasal irrigation enables effective local pharmacologic management when true sinus distribution of topical therapies is required, primarily corticosteroids, antibiotics, and mucolytics. The mechanical shear force that is provided by high volume irrigations in the post-operative state is likely a major factor to manage mucostasis. Current evidence suggests that optimal topical sinus delivery occurs after surgery and with high-volume irrigation devices. Most importantly, they are a low-cost and well tolerated therapy for patients with CRS. Conflicts of interest The authors declare no conflicts of interest.